Bryson loves the movie Cars.  He asks to watch it almost every day.  His favorite character is Lightning McQueen, of course. He calls him “Light Queen” and I thought it would be so fun is he had his own “Light Queen” costume.  He can be more than a racecar driver, he gets to be the actual car.  Dressing up isn’t just for little girls and costumes can be used for more than just Halloween costumes.

This Lightning McQueen costume comes with the three dimensional top and the red hat.  Bry wears the red hat around even when he doesn’t have the car on, haha.  It will fit most kids up to a size 6 and is an officially licensed Disney Pixar Cars II item.  Costumes for boys are great for imaginative play.  I’m thinking we can make our own “road” out of black construction paper, bring out Bryson’s favorite “Light Queen” car, and let him take it for a spin in his Cars 2 Lightning McQueen costume. 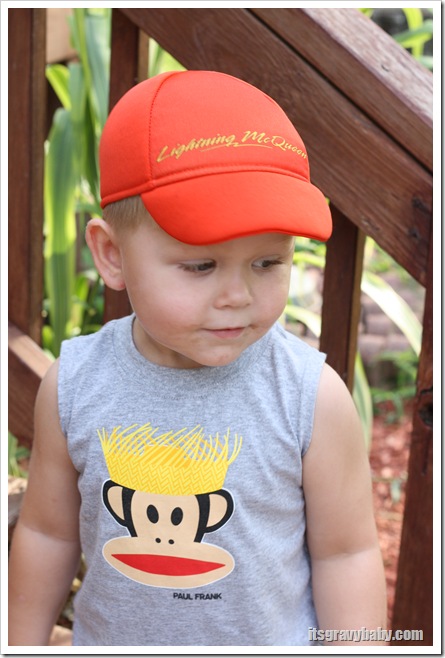 Do your kids play with costumes or dress up?  Have any fun games to share?

We received this costume for review, but no other compensation was provided.  All opinions remain my own, as always.

In 2022, I slowly rediscovered my love of reading.

It was such a productive week. Revamping this litt

Sharing my (loose) plan for a no-spend January.

The good stuff. I could have kept going, because

This is not an earth shattering, life changing, ne

day one of holiday baking (something I’ve neve

It’s a simple week food wise around here. We are