February 2015- you were no longer trached and you were no longer tube fed. Wow! I found myself with a lot of extra time on my hands and what should have been a lot less stress. Instead, I finally began what would be the hardest part (mentally) of my medical mama/ cancer loss grief journey. Without your high needs, I had nothing to occupy my mind or my hands. I was forced to sit down, take it all in, and face what had happened since your birth. The next few months would prove to be extremely difficult for me but you were stronger than ever!

We made an appointment with your surgeon Dr. Gilbert who performed your g-tube surgery. You had not used the tube in many weeks so I wanted to discuss the possibility of removing it. To my surprise, he trusted my judgement and removed it that day. I watched as he pulled the water out of the balloon and the lifted the MIC-KEY button out of your body- it was another surreal milestone. We got you all dressed and taped up for the leakage that was bound to happen and we walked out- tube free! We celebrated with a family trip to Chuck E. Cheese. 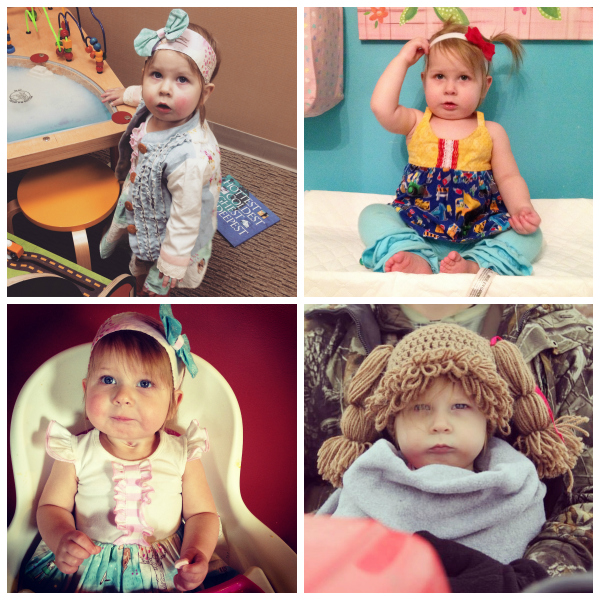 A few weeks later we were back in Birmingham for your second set of tubes. This is what I refer to as NBD- no big deal. It was the first time I ever sent you back for any kind of procedure without also sending an emergency kit that included a back-up trach and supplies.

We had hope that both your tracheotomy stoma and your g-tube stoma would close on their own and would require no further surgeries. It wasn’t to be. Your g-tube stoma leaked almost non-stop until you went in for surgery in March to have it surgically closed. Dr. G performed the surgery at Huntsville Hospital- your original stomping grounds. We were placed on bed-wait for several hours and I was allowed in PACU so I could cuddle and comfort you. You were a little angel even drinking juice while in recovery. For the first time ever, the anesthesia made you sick. A dose of Zofran and you were good. I stayed overnight with you and Daddy picked us up the next morning. We celebrated with a shopping trip- Target of course. You walked out with 3 new pairs of shoes.

In April we took you on your first beach vacation- and your second. We went to the beach twice in April- once at Easter and then again on my birthday. Your weren’t so sure of the sand our first stay but you warmed up to it a little more our second stay. You loved the pool! You are the best little traveler- never making a whimper unless you dropped your blanket or needed a refill of milk. I was so happy to take you to the beach and look forward to going back.

It became evident that your tracheotomy stoma was not going to close on it’s own either. We met with Dr. Shirley and scheduled a date for surgery at the end of May. You ended up sick that entire week so we had to reschedule. Your stoma closure was performed on July 7- you were 19 months old. Other than some mishaps with your IV disconnecting and resulting in blood everywhere- more than once- it was an easy surgery. You stayed overnight in the special care unit. I stayed with you while Daddy and the big kids stayed in a hotel. Your surgery wasn’t until late and we were put on bed wait for an hour or so so we didn’t get to a room until at least 5. Still, you drank at least 7 apple juice boxes that night. Apparently surgery made you thirsty! Dr. Shirley came in the next morning to remove the stitch in your stoma and to remove the dressing. Your stoma would then close on it’s own since the dead tissue was gone. We headed home!

7 surgeries in 19 months, my girl. I am 26 and I’ve had a total of 1 surgery. Through it all, you’ve been the easiest, most content baby. And I’m not just saying that- it is completely true. You have taught me much about handling my circumstances with grace. I don’t do it nearly as well as you have but I know you will continue to teach me throughout your life.

Brynlee's Journey • what she wore

When the Holidays Hurt | It’s Okay Not to be Okay

In 2022, I slowly rediscovered my love of reading.

It was such a productive week. Revamping this litt

Sharing my (loose) plan for a no-spend January.

The good stuff. I could have kept going, because

This is not an earth shattering, life changing, ne

day one of holiday baking (something I’ve neve

It’s a simple week food wise around here. We are

Last night, one of our older kids got really upset