I think it’s natural to have fears of losing your child, but facing the very real possibility changes everything. When you were born and diagnosed with Pierre Robin Sequence, we didn’t know what that meant for you. Only God did. Making the decision to hand you over to a team of surgeons for the tracheostomy and gastronomy tube placement was one of the hardest decisions I’ve ever made. You weren’t even a week old when we were asked to consider the surgeries. You were 9 days old when you went into the OR for the first time. You came through surgery and recovered amazingly well. We learned how to care for you, how to connect your feeds and work the pump, how to suction your trach and change it, and I pumped around the clock. It was okay though because you were doing so well.

Then the reflux began- and it was constant projectile vomit. You weren’t keeping down any of your feeds. We slowed them down, we reduced them, we did everything we possibly could before turning to medication or surgery but none of it worked. Your health continued to deteriorate.  Your eyes were sunken in, your head circumference wasn’t growing at all, you were pale with big dark circles under your eyes. You slept almost 24/7 except when you were vomiting. You gained about 4 ounces in two months and then you began to lose weight and the red flags were dancing in the wind. You were 10lbs at 4 months after being born at 8lbs 3oz. Something had to change. We were told that the path you were on was not a viable one and the GI worked you in immediately. Medication was our only option before surgery and the doctors did not think it would work. After much prayer and a few days, the medication began working. You became a different child overnight. Your color was back, you were awake and smiling, and you weren’t losing your feeds. You began to gain weight and outgrew your medication- the reflux came back full force. A change in medication and we never looked back- we stopped with your Prevacid when you quit using the tube and you had outgrown the reflux.

When your health began to improve, we were hit with the news that your Pop would more than likely never see your first birthday- small cell lung cancer. He was crazy about you as you were him. You’ll never remember him but I have so many photos and videos of the two of you. He held you constantly and you were always so content in his arms. When you were 10 months old, you were by my side as I watched him take his last breath. He waited on you. He wouldn’t let go until I brought you to see him one more time.  I sat you on his bed and I put your foot in his hand and I told him how well you were doing- that you were so close to crawling and your upcoming surgery was going to be fine. I told him it was okay to let go because you were going to be okay- and I was too. Part of that was a lie, I think, because sometimes I’m not okay without him but you have kept me going. I don’t know what I would have done if you hadn’t needed such dedicated care- your life depended on me much more than a normal baby. You needed my attention around the clock and that kept me going.

Your Pop passed away on October 10, 2014 and 4 days later on October 14th, you headed back to the OR to undergo a cleft palate repair and scope. We found out after that surgery that you would not need your trach for much longer. Your airway had improved tremendously. You came through surgery like a champ. At your follow up appointment six weeks later, we scheduled another swallow study. Up until this point, you were aspirating. The SLP didn’t expect the results we received that day- you were no longer aspirating like you were before. We were given the go-ahead to thicken your milk with cereal and begin to try oral feeds. You continued tube-feeds and we worked to introduce bottles.

Right around your first birthday, you took to bottles.  In about one week you went from 100% tube feeds to 100% oral feeds. That was nothing short of a God-thing. We had been prepared that switching to oral feeds would be difficult- you would probably have oral aversions and require feeding therapy. Not you- you definitely have a go big or go home attitude. You went big!  Packing up your feeding pump and supplies was bittersweet. It was so sudden- I didn’t know what to do with myself as I placed this machine that had kept you alive into your closet until it would be picked up by the DME.  Your first year was a whirlwind and you made sure it closed with a glimpse of the strength you posses and how far you would progress in your second year of life. 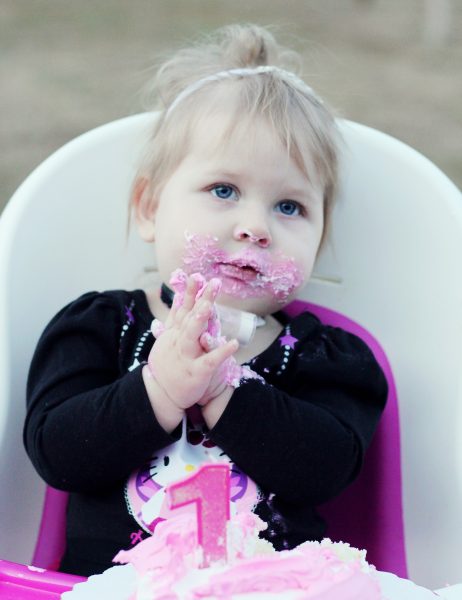 Brynlee's Journey • what she wore

When the Holidays Hurt | It’s Okay Not to be Okay

The sun is shining. Daffodils are blooming. The gr

I woke up this morning and found myself as a goat

It popped up in my memories that we found this cut

The weather held out for us this weekend which was

After a few days of glorious sunshine, we are back

Do you know how I became a plant person? People I

This is what we woke up to exactly one week ago. T

Is it spring cleaning if it’s in February? Is i