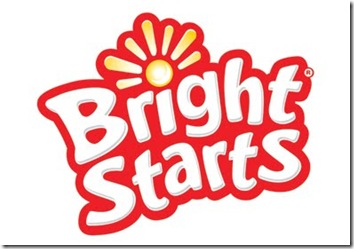 When it comes to baby toys, less is more.  I have two cubes filled with stuffed animals and teething toys left-over from Bryson and that’s about it.  We didn’t buy many toys, because they just aren’t needed.  Bella is starting to show more interest in her activity mat and little rattles.  The folks over at Bright Starts kindly sent her a Peek-A-Zoom Toy and I’m glad she has at least one toy that wasn’t a hand-me-down, ha. 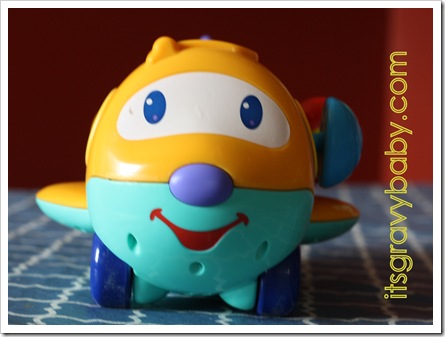 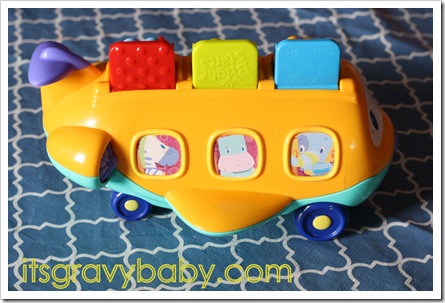 First off, could this toy seriously be ANY cuter?  I think not.  Secondly, as much as I’m all “babies don’t really need toys” I have to say that this is an awesome little thing.  The movement, sounds, and three pop-up characters are all so neat.  Bryson plays with this airplane every chance he gets and Bella loves to watch it.  It rolls and I can already imagine Bella crawling behind it, not that I am in any hurry for that. You have to do something different (push in, push down, and turn) to unlock each character and make them pop up.  Bella still isn’t ready for it.  I’d say it would be best for ages 6 months and up.  Even at 2, Bryson has some difficulty with one of the buttons, but I think they are fantastic for coordination and learning.  It makes several sounds, including an airplane noise when you roll it and several different noises as each character pops up.  I like that it isn’t overly loud- I would say it’s just right.

Overall, I am very pleased with this toy and I like that it will entertain her for months to come.  The Bright Starts Peek-A-Zoom Toy is available at Amazon.com

We received this product for review, but no other compensation was provided.  All opinions remain my own, as always.