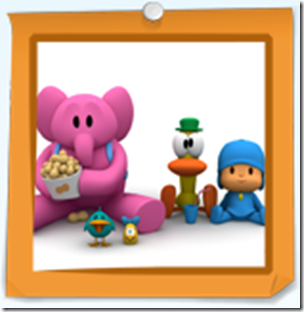 Hollywood’s big night for celebration is right around the corner–The 83rd Annual Academy Awards® on February 27, 2011!  Pocoyo will be starring in his very own advertisements starting this weekthroughout the month of February on the premiere entertainment channel, E! Entertainment Television!  And, if you watch E!’s Pre-Awards Show on the night of February 27th, you will no doubt see Pocoyo doing what he does best, playing and having fun with his friends!

Celebrate the awards with Pocoyo and download the awards ballot for the big night to share with family and friends.  Don’t forget to tune-in to E! Entertainment Television to see your favorite little boy enjoy the spotlight.

To learn more, visit Pocoyo.com.  If you’d like to check out the Pocoyo DVDs, you can do so at N Circle Entertainment and you can find Pocoyo toys at Toys R’ Us. 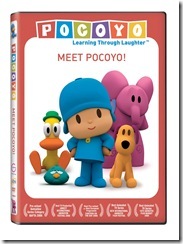 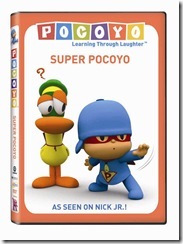 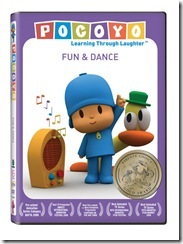 One reader will receive a Pocoyo DVD Box Set that includes three DVDs.

In “Meet Pocoyo!,” Pocoyo and friends explore the world around them.  In seven hilarious stories, Pocoyo enjoys making music, blowing bubbles, solving puzzles and even watching an egg hatch.

In “Super Pocoyo,” Pocoyo explores, discovers, encounters, laughs, questions and celebrates. Join Pocoyo and his friends Duck, Elly, Loula and Sleepy Bird as they play hide and seek, fly an airplane and go on a camping adventure!

In “Fun & Dance,” whether he is playing with a beach ball or thumping on the drums, the charming Pocoyo loves to have fun with his pals, Pato, Loul and Sleepy Bird.  From skipping rope to building textiles, adorable Pocoyo spends his days discovering new things in seven engaging stories.

Giveaway is open to U.S. residents only and will end at 11:59 PM CST on February 28, 2011.  The winner will be chosen via random.org and contacted directly via e-mail.