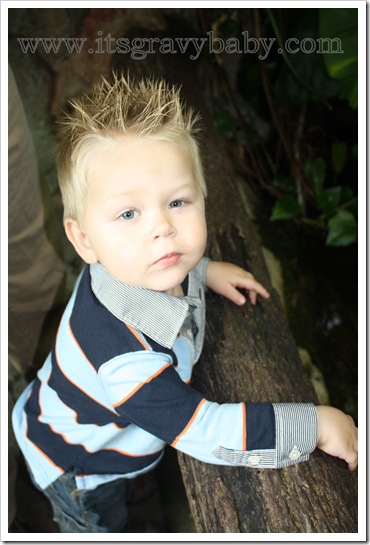 Bryson turned two on Friday.  It doesn’t feel like that should be..  I can’t believe he’s been with us for two years already.  Instead of having a big party (or two) like last year, we opted for an experience gift this year.  After waking him up and letting him open his Fisher-Price Little People Animal Sounds Farm, we got ready and headed to the Tennessee Aquarium.  We told him we were going to see the fish, so he said “Where’s pole?”  He thought we were going fishing, which wouldn’t have been a bad idea if it wasn’t so cold. 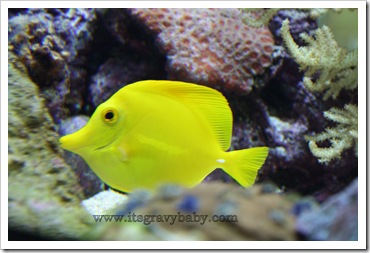 I’m not sure who enjoyed the trip more- Bryson or Justin.  They were both enamored with the entire aquarium.  My favorite part was the penguin exhibit.  I have been to a few different aquariums, including the TN one quite a few times, but I don’t think I have ever saw penguins at any of them.  They were so cute and quirky!  The butterfly garden was also amazing.  I was surprised that you are allowed to take your camera through the entire aquarium, so I took about 100 photos. 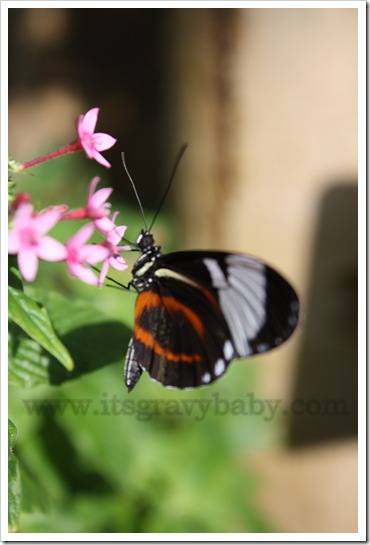 Bryson pitched one heck of a fit when we left- he was SO tired, but did not want to leave the fish.  He slept most of the way home to Wal-Mart, where we had to pick up his cake.  Bryson’s three favorite things are trucks, tractors, and horses, so we ordered him a tractor cake.  Well, he spotted the tractor on the cake while we were doing a bit of shopping and hollered for “TRACT” the entire time we were in Wal-Mart.  (Am I the only one that LOVES Wal-Mart’s cakes?)  I know I could find one more creative and adorable, but I seriously love the way Wal-Mart cakes taste! 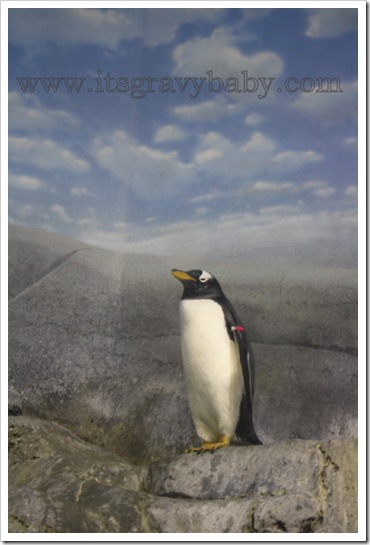 My parents and Justin’s dad came over for cake around 6PM.  Bryson couldn’t wait to snatch the tractor off the cake and the he proceeded to eat his cake like a dog- no fork needed.  His favorite part was, of course, the icing.  After “cake-tuh” and bath time, Bryson played while this tired mama rested.  I knew Justin’s family would be up soon, so I HAD to have a nap before they arrived. 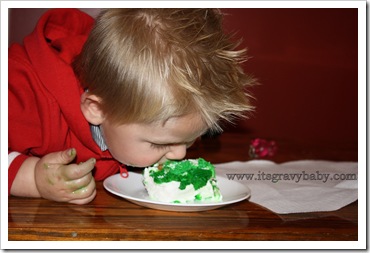 Justin’s mom & siblings live about four hours away, so it is always a treat to see them.  They arrived Friday night and we spent the entire weekend with them.  I’m so glad they were able to make it for Bryson’s birthday this year.  Justin’s mom has a miniature Chihuahua named Daisy and Bryson fell head over heels for her.  He wanted her to sleep in his crib and had to be near her at all times.  It was adorable.  He’d walk though the house saying “Come on, Daisy!  Come on!”  They left Sunday and I was afraid Bryson would have a breakdown when the dog had to go too, but he handled it well.  He has asked “Where’s Daisy?” a few times, but no meltdowns, thankfully! 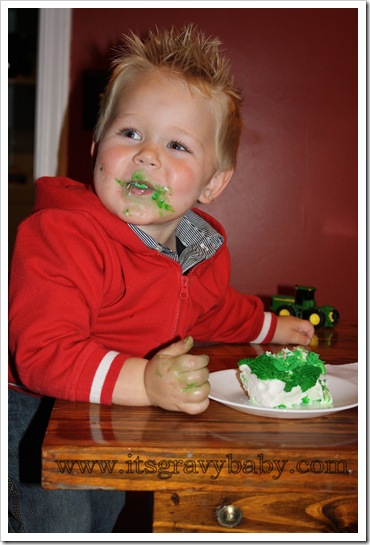 So, I am officially the mom of a two year old.  You have no idea how hard that is for me to believe.  When I graduated high school, I knew I wanted kids within the next few years, but I had no idea that everything would fall so perfectly into place.  An amazing husband, my sweet boy, and a daughter on the way.  Life is wonderful!