On Saturday, May 15, 2010, a 911 call was made concerning a domestic dispute.  When officers arrived on the scene, a man and woman answered the door and said that everything was fine.  The events that occurred four days later would prove that everything was in fact, far from okay.

On Wednesday, May 19, 2010, a father went to visit his son, as I am sure he had many other times.  This visit would change both the father and the son’s lives along with countless others forever.  This father would be forced to have the courage to love his son enough to do what was right- if there is such a thing in this type of situation.  Another 911 call was made, but this time, the domestic dispute was more than over- it was a homicide.  A father called 911 to report that his son had murdered his own girlfriend.  Not only had he beaten her with a crowbar and his bare fists, he had wrapped her in plastic and duct tape and shoved her body into a duffel bag.  If it had not been for this father, we would currently be searching for my cousin.  He had moved her car, cleaned the house, and was ready to dispose of her body.

My beautiful, 28 year old cousin is gone.  When I received the news, I immediately started shaking like I have never done so before.  My entire body hurt, I dry heaved, and I wept.  I sobbed.  Over the next few days, I could not remember to eat.  It would be 4p.m. some days before I would realize that I hadn’t eaten.  I could not sleep.  I still lie awake and try to push the images from my mind.  Everyone knows how difficult it is to lose someone, but to know someone you loved was beaten and murdered- I have never felt a pain like this.  It is so different from just losing someone to a disease, a car wreck, or an accident.  The anger that comes with it, the images of all that happened- it is too much.

Since I told her goodbye, I have tried to stop myself from thinking about the “how.”  I don’t know what good will ever come out of this.  This is one of those times where I have questioned God over and over and over.  I have no answers and I doubt I ever will.  All I know is that I will do my part so that her death is not in vain.  I don’t know if I will volunteer at domestic violence shelters, donate to domestic violence causes, or reach out to a family in need, but I do know that I will do SOMETHING.  This should not happen to anyone.  Ever.

The first thing I will do is become a member of the National Domestic Violence Hotline Million Voices Campaign.  I encourage each and every one of you to do the same.  This isn’t something you see on TV, like I naively had made myself believe.  This is REAL LIFE and now this is MY LIFE. 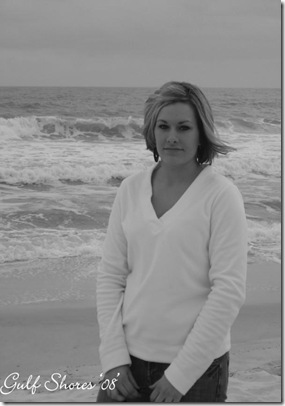 May you rest in peace, in the comfort of our Heavenly Father’s arms.  My promise to you is that I will never forget you and that I will not allow your death to be in vain.  I will do whatever is possible to stop this from happening to another family.  I love you and I miss you always.

Support Charities with the Give Back Event from Publishers Clearing House

There has been a problem with your Instagram Feed.